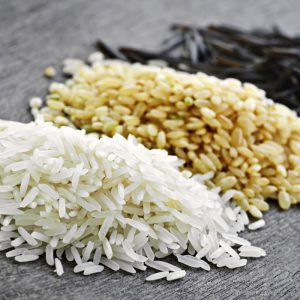 There are thousands of varieties of rice whose cultivation dates back 10,000 – 14,000 years ago. Rice, (scientific name oryza sativa) has two subspecies called japonica and indica. Japonica varieties are cultivated in subtropical and Mediterranean climates that produce short and medium grain rice with higher levels of amylopectin; known as sticky starch. This is what gives Hinode Calrose, Koshihikari and Hitomebore rice varieties their soft sticky texture. Indica varieties, in contrast, have low levels of amylopectin starch but high levels of amylase starch. Amylase is the non-sticky starch that makes Hinode long grain, basmati and jasmine rice cook up into fluffy separate grains. 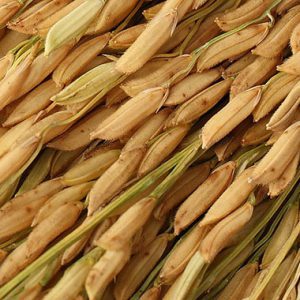 Grains are harvested from the field with a hull on the outside that protects the grain within. To make whole grain rice, the hull is removed and the grain is cleaned without removing the outer bran layer or germ. It is commonly thought that all whole grain rice is brown but it can come in different colors including red, black, dark purple, green and many shades of brown. Did you know that the each grain can be kept in its whole grain form or milled down to the lighter, starchy endosperm layer? It is true, both brown and white rice can come from the same plant. The only difference is that the bran layer (darker colored layer with germ) is removed to expose the lighter layer underneath. Sometimes the lighter layer is a pearly white color but it can also be other colors depending on the variety. 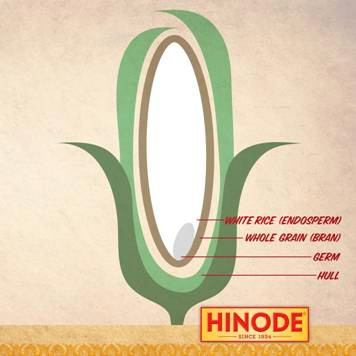 The darker, bran layer and germ is where most nutrients are stored in grains. This layer of whole grains is milled away to make white rice. Enrichment is added back into white rice to replace the nutrients lost during milling. When preparing enriched rice, do not rinse it before or drain it after cooking. Otherwise, the added nutrients will be washed down the drain. 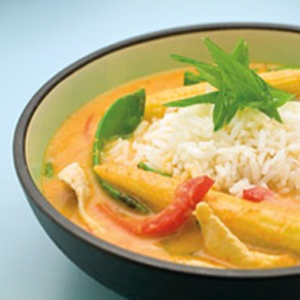 Just like flowers come in different colors, shapes and fragrances; so do grains. Two sought after varieties of aromatic rice are both cultivated in the East. Basmati rice comes from the Himalayan foothills and Jasmine rice is grown in Thailand. Many believe that aging aromatic rice enhances the fragrance, similar to aging a fine wine. Other rice growing regions around the world have tried to produce aromatic rice but purists believe the true fragrance of basmati and jasmine rice is exclusive to these indigenous prefectures.

White rice is whole grain brown rice that has the outer bran layer milled away.

Soak Calrose rice for 20 minutes before cooking to obtain the perfect fluffy yet sticky texture.

Remove rice from its heat source after steaming and let it stand covered for 10 minutes to absorb any remaining moisture before fluffing or serving.

Hinode Rice
2018-11-27T17:16:21-08:00
Remove rice from its heat source after steaming and let it stand covered for 10 minutes to absorb any remaining moisture before fluffing or serving.
https://hinoderice.com/testimonials/did-you-know-4/

For best results, cook more than 1 cup of rice at a time; 2 cups is ideal. 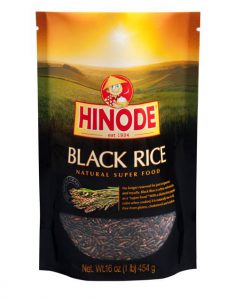